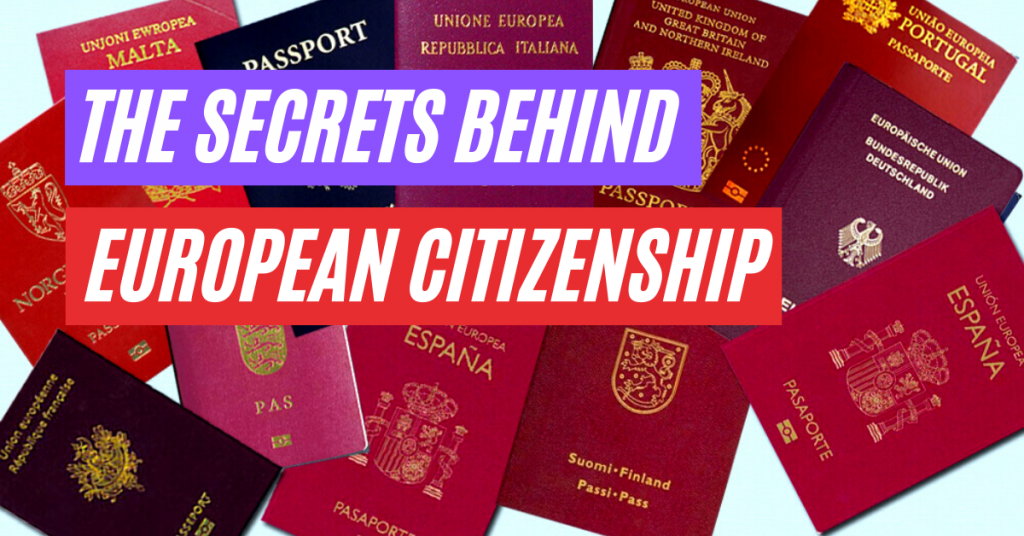 Having a second passport is highly beneficial in terms of social, economic and personal security. It expands your horizons and opens new opportunities.

It’s no secret that we rely on digital marketing to promote Polaron’s services. Facebook is one of our main social media channels, as are YouTube and LinkedIn. Our services garner quite a bit of interest in those spaces and we’re always on the lookout for people’s comments and contributions. Our marketing team responds to many queries daily. Questions range from eligibility for various citizenship services we offer to price.

But there is one question that comes up again and again, and if we had a dollar for every time someone says: “But there is no such thing as EU citizenship!” on one of our socials, we’d be rich.

So, we decided to write this post to once and for all explain that: a) EU citizenship is a thing and b) how it all works.

The legal bond between an individual and their State, acquired by birth or naturalization, whether by declaration, choice, marriage or other means according to national legislation.

What is dual citizenship?

The simultaneous possession of two or more citizenships by the same person.

What is EU citizenship?

Who are EU citizens?

When was EU citizenship established?

The concept of European Union citizenship was introduced at the same time as the creation of the EU in 1992 as part of the Maastricht Treaty. European citizenship has been recognised for all citizens of EU States since 1 November 1993 and has been extended by the Treaty of Amsterdam.

What are the rights of an EU citizenship?

EU citizenship gives people the right to free movement, settlement and employment across the entire EU, the right to vote in European elections and the right to consular protection from other EU states’ embassies when abroad.

How does one acquire EU citizenship?

What types of citizenship do you help people with?

We work with people who have European heritage from the following countries: Austria, Chechia, Germany, Italy, Latvia, Lithuania, Poland, Slovakia and Slovenia.

What types of citizenship services do you not provide?

Finally, a report by the European Commission in 2020, called the Eurobarometer survey on EU Citizenship and Democracy, showed that a vast majority of Europeans (91%) are familiar with the term “citizen of the European Union”. This is the highest level of awareness since 2007 and a steady increase from 87% recorded in 2015.

Hopefully, this post has clarified European Union citizenship for you but if not, here is some more information from the European Commission itself.