October was full of international travel and networking at Polaron. We took part in a Panel Discussion – Polish Heritage: Dual Identity and Citizenship in London and the 60 Million Congress in New York City. Some of our initiatives also included a networking event in Sydney, organised by the Polish Trade and Investment Agency, PAIH.

Held at Ognisko Polskie in London, the event was well attended by people of Polish background, as well as their British partners and friends. Moderated by Eva Hussain, Polaron’s CEO, the panel discussion was supported by British Poles as the media partner.

The panel discussion covered what it means to be part of Polonia in the UK, as well as around the world, in today’s fast-paced world. The audience engaged in a dynamic dialogue and shared their own stories of struggles and victories. Topics such as leadership, community relations and preserving your heritage were all part of the discussion. We hope the panel will lead to some more soul searching, reflection and further discussions. In fact, we are already planning a similar event in May 2020, so watch this space! 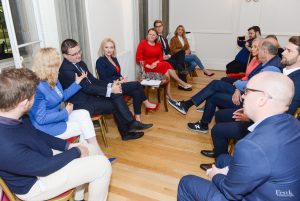 Polaron’s CEO, Eva Hussain was representing our company as one of the delegates from all over the world to take a part in this global Polonia initiative. As the part of the program of the Congress, Eva Hussain was a moderator of panel discussion focused on dual identity. Thanks to this fantastic event gathering the Polish diaspora around the globe, Polaron had a chance to be represented as a part of the global network of 60 million poles living around the world.

We enjoyed being part of this great initiative so much that you can expect us to be there next year! 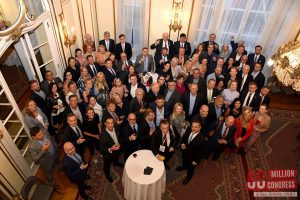 In Sydney, represented by CEO, Eva Hussain, Polaron had a chance to take part in the Networking event with Tech Companies from Australia and Poland.

The event was a great opportunity to meet dynamic tech companies, learn more about the Polish technology industry, exchange experiences, establish connections and increase our network.