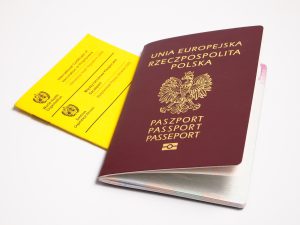 The Polish passport has ranked 4th in the top 10 of the most valuable travel documents in the world, according to the Passport Index. As of August 7th 2020, Polish citizens can access 117 countries, 85 of them without applying for a visa.

The Passport Index is updated as frequently as new visa waivers and changes are implemented. The report on mobility during the COVID-19 crisis published shows that the ability of all travellers in the world to access other countries contracted dramatically.

The Passport Index’s power ranking of 200 of the world’s passports is similar but different from the Henley Passport Index, which released its latest report in July 2020. The Henley Index ranked Poland within the top 15 in 11th place, based on data from the International Air Transport Association (IATA).

According to this report, the Polish passport has gained in strength. The country has climbed up the Henley Passport Index rankings over the past decade, going from 16th in 2010 to 11th in 2020.

Other countries, such as Germany and the Czech Republic, ranked within the top 10 of this ranking.